Our Inspiration Starts With Caleb

Caleb Andrew Kortje was born on June 30, 1993. From the moment of delivery it was obvious that he would choose his own path. Despite his mother Sandra being fully dilated and pushing for over two hours, he refused to descend the birth canal, and so the doctor and mom had to opt for a C-section.

As a young boy, Caleb thrived on adventure and danger. Whether it was dunking contests in his pool, back flips on the trampoline, backpack trips through waist-deep snow or desert heat, wrestling matches with whomever he could find, or jumping in a farm pond to grab a water snake twice his size, there were few things that ever fazed him. 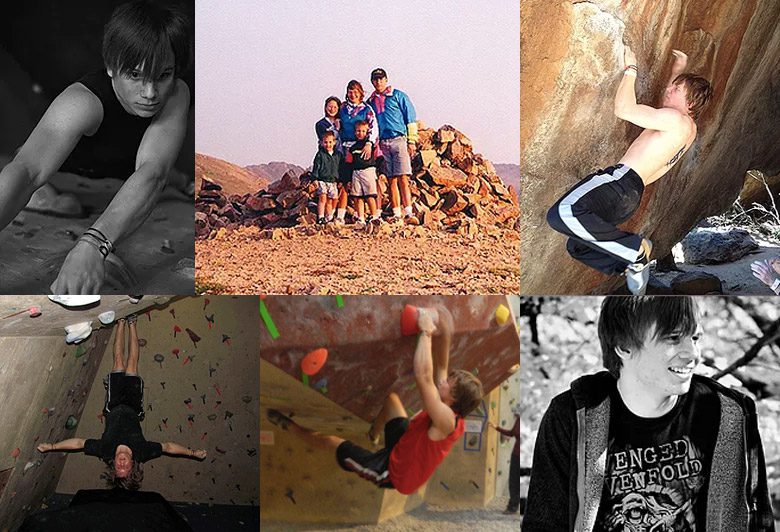 Then as a teenager, Caleb discovered rock climbing . . . or maybe it would be better to say rock climbing discovered Caleb. He just seemed to be made for the sport, and it was rock climbing that gave Caleb his greatest confidence and friendships. People began to notice. A group of men even pitched in to anonymously buy him his first pair of aggressive rock shoes. Never telling him their names, they just wanted him to know that they loved his passion.

And passion is what climbing was to Caleb. He quickly became engrossed by the sport. Driven to make himself climb harder and better, he hired a coach with money he raised mowing yards and doing chores. Within a relatively short time, he established himself as one of the top boulderers in the Midwest, and was ranked in the top 50 nationally by the American Bouldering Series.

After his coach moved out of state, Caleb enlisted the help of his dad, David. Together they read every training book they could get their hands on, trained or climbed 4-5 days per week, and traveled around the country competing or just hanging out at crags. They became regulars at climbing gyms, pushing each other, encouraging each other, and cheering for each other. And that was really where the magic happened, those times together, just the two of them: celebrating victories, talking trash over techniques, nursing sore muscles and tender finger tips, and sharing dreams.

It was during those times, as they traveled to some of the greatest climbing gyms in the nation, that Caleb would remark how much he would love to have a gym like that in his home town of Wichita, Kansas. He wanted others to experience the thrill and excitement of climbing. Whether he was pushing himself with some of the best climbers in the world, hoping to attain their level of skill some day, or introducing one of his buddies to the easiest routes in the gym, Caleb just loved the camaraderie of friends working a route, trying to figure out the best way to the top.

Sadly, Caleb also suffered from severe depression. Like all of his life, he fought that battle well, but in the end, it was just too much for him. Caleb took his life on August 22, 2012. He was nineteen years old.

One of Caleb’s favorite quotes was ‘follow your bliss’. And so it was that quote, and Caleb’s life, that inspired the passion to build Bliss Climbing and Fitness. We hope you will stop by and discover, like Caleb did, what a great sport rock climbing is. Caleb, we know, will be cheering you on. 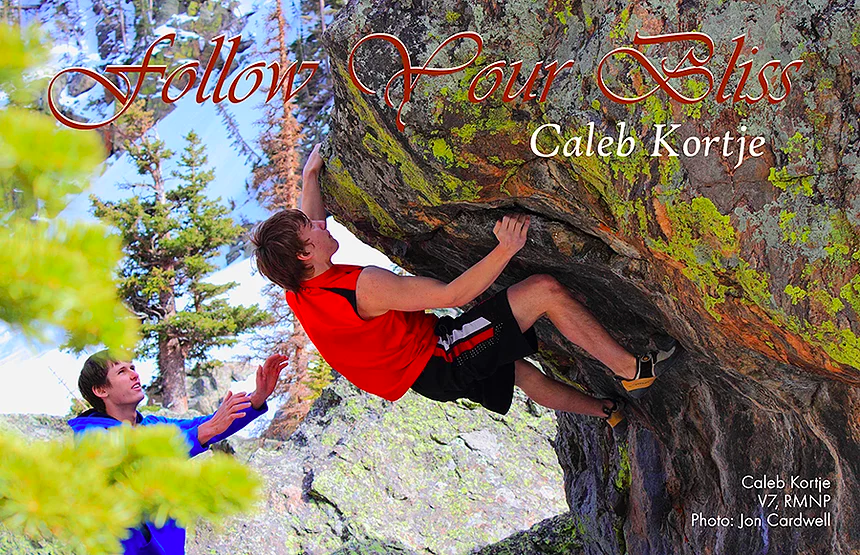